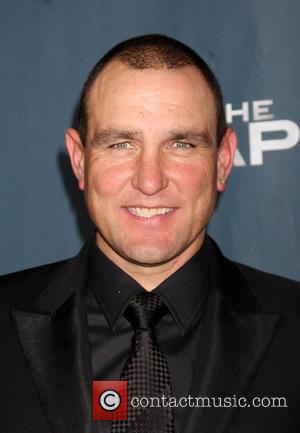 Soccer star-turned-movie hardman Vinnie Jones is working on a movie adaptation of comic book series DOC NOBLE, in which he'll play the vigilante dad.
Jones is revamping the comic book character with screenwriter Howard Chaykin, and he hopes the role will turn him into the next Charles Bronson.
He tells WENN, "We're trying to get something going called Noble which is sort of a Charles Bronson-type action man who solves lots of problems; like an assassin sort of guy.
"In Hollywood these things don't happen overnight. It's an unbelievably long process and we've been on this 12 months, so maybe in another two years something might come to the screen. I want to play the title character.
"It's fast cars and big guns and lots of action. He's like a young Charles Bronson, if you like. We've got the first draft from Howard so it's the most frustrating thing. It's just a matter of jumping through the hoops that Hollywood puts in the way for you."