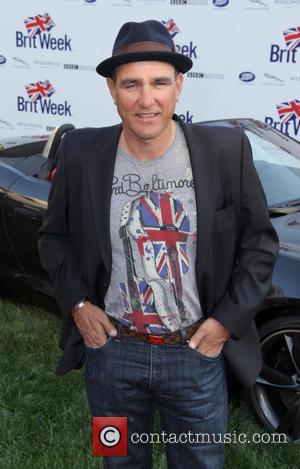 British actor Vinnie Jones narrowly escaped serious injury on the set of his 2001 thriller Swordfish after an action sequence went horribly wrong and left a stuntman fighting for his life in hospital.

The former soccer player appeared opposite John Travolta, Hugh Jackman and Halle Berry in the film, and he was happy to do all of his own stunts on set.

However, Travolta unwittingly saved him from a frightening accident when he ordered Jones not to carry out a dangerous wire manoeuvre before a stuntman tried it. The stuntman sustained horrific injuries when the scene, involving a daring escape from a coach, went wrong, and Jones was thankful for his lucky escape.

In his new autobiography, It's Been Emotional, he writes, "So we're on set and they've rigged me up on the wire... ready for a run-through... Suddenly Jt (Travolta) comes in and says, 'Vin, have you rehearsed any of this?... No, no, no... I wanna see the stuntman do this before Vinnie'... So my stuntman comes in. They shout 'Action!'... He flies straight through the back of the coach, 70 foot up... He smashed through.. the back window and plunges to the concrete floor... We watch him hit the f**king concrete. We all honestly thought he was dead. Travolta comes running out screaming... It could have been me. I'd been seconds away from doing the stunt. Only Jt's intervention stopped me. The stuntman broke his spine. It really smashed him up."