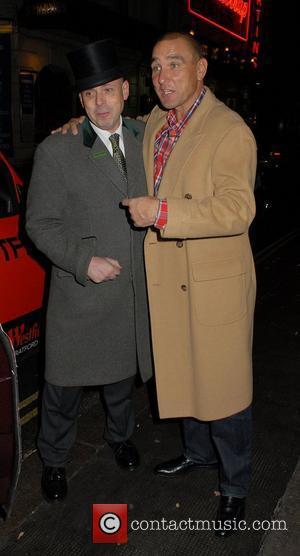 British actor Vinnie Jones is set to star alongside fellow Hollywood hardmen Arnold Schwarzenegger and Sylvester Stallone in an upcoming blockbuster.
The action stars have signed on for The Tomb, in which Stallone plays an engineer who is framed and incarcerated in a prison he designed. Schwarzenegger plays an inmate who helps his escape bid.
Casting details are currently scant, but Jones has confirmed he is seeking to join the pair in the movie.
And if he lands the role, former soccer ace Jones will be keeping a watchful eye on the veteran Rambo and Terminator stars.
The Snatch star tells The Sun, "I might have a film coming up with Arnold Schwarzenegger and Sly Stallone. Those boys are knocking on a bit (getting older). At least I'll be prepared if the action scenes get a bit too heavy for them."