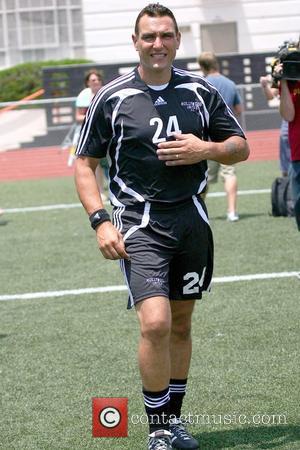 Screen hardman Vinnie Jones believes he would make the perfect politician because he came from a humble background before finding fame on the soccer pitch and in Hollywood. Despite his lowly beginnings, the X-Men: THE LAST STAND actor is a staunch supporter of the British Conservative Party, and hopes leader DAVID CAMERON will one day ask him to stand for election as a Member of Parliament (MP). He says, "I'm a Conservative but I talk for the ordinary working classes. I get on with the boys at the pub but I can also mix with PRINCE ANDREW. "I understand both levels. The toffs haven't lived in council estates, they've just known big mansions. How can they understand how the postman feels? "I would never say no to becoming an MP."