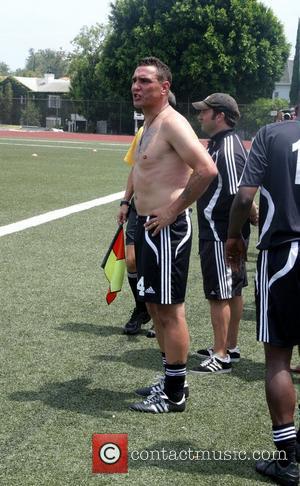 Footballer-turned-actor Vinnie Jones is turning his hand to horror films with a leading role in the upcoming vampire movie THE BLEEDING.

Co-starring rapper DMX, the film tells the story of an ex-army ranger searching for the killer of his parents.

During his investigation, he stumbles upon a family of vampires in a former chemical weapons factory, now a nightclub.

The film marks Vinnie's second foray into horror movies  he can soon be seen in the supernatural thriller THE MIDNIGHT MEAT TRAIN.

The cast announcement, which was issued through Variety magazine, gave no indication which roles the actors would be taking.

Production is set to start shooting in April in North Carolina.

Meanwhile, it was recently revealed that Jones will appear in the first Carry On film in 16 years  Carry On London.