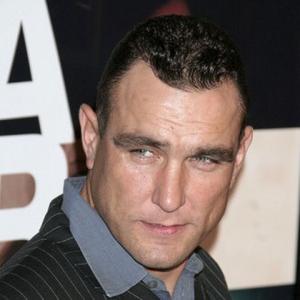 Vinnie Jones is enlisting his soccer pals Wayne Rooney and David Beckham for a remake of 'Escape to Victory'.

The 'X-Men' actor has long been interested in working on a reimagining of the 1981 war film featuring former soccer aces Bobby Moore and Ossie Ardiles, and has now got David Beckham and fellow British star Wayne Rooney as potential stars in a new project.

A source said: "It wasn't the best movie ever but was tremendously popular and is a cult classic. A version with today's top players would be a guaranteed smash hit."

Portuguese soccer star and model Cristiano Ronaldo is also wanted by 46-year-old Vinnie for a role in the film.

Sir Michael Caine and Sylvester Stallone also starred in the original movie - known only as 'Victory' in North America - which told the tale of a group of Allied prisoners of war escaping a German prison camp in World War II.

Discussing his plans previously, Vinnie said there were "lots of players" potentially up for parts in the project.

He said: "It's a three-year process, minimum. We've got stuff going on. We're trying to produce a remake of 'Escape to Victory' - we've got a lot of players involved but it takes a while to get things going here."