She speaks about the significance of race in the movie.

After winning a Tony award for her performance in the 2010 revival of August Wilson's Pulitzer Prize-winning play Fences, Viola Davis didn't hesitate to reteam with Denzel Washington for the film adaptation. From the first time she read the play, she knew she had to play Rose. "It could not be any more perfectly written," Davis says. "I think the best part of Rose is, when she's introduced in the play, she's in the background. She really is. She's cooking! She's sitting! It's not that she's not enjoying the banter, but you kind of feel like this is how it's going to be. It's Troy's story. And then, when she steps forward and she's betrayed, then you hear her voice. You don't get that often. Sometimes, women are in the background and they stay in the background. When she really taps into her voice, she really taps into it. I like that about her."

And with this film, Washington not only played her husband Troy on-screen, he was also directing the movie. "I see Denzel as an actor's director, which is very rare, by the way," Davis says. "He knows the process. Sometimes directors barely talk to the actors, because they are so focused on the cinematic elements of the movie, getting the shot and getting the lighting right or getting the CGI effects right and all of that. Obviously, this is not a piece you can do that with. It is a character-driven piece, and Denzel is a truth teller, and he is a truth seer. So he knows when something is not going in the right direction, and he will call you on it. But he knows the word to use to unlock whatever is blocking you. So I think he's a fabulous teacher."

Watch the trailer for 'Fences' here:

Davis believes that the story has a universal quality that transcends its racial elements. "I think sometimes what people miss about black people is that we do our best with what we've been given," she says. "We come into the world exactly like everyone. And I don't see this play as representing something any bigger than a man being born into a set of circumstances and maybe not taking ownership of how he's poisoning his family, which most of us don't. Arthur Miller said it with Death of a Salesman, and August Wilson said it here: when you notice all of the sins of your father, hopefully you can approach it with forgiveness and illumination. That's just life!" 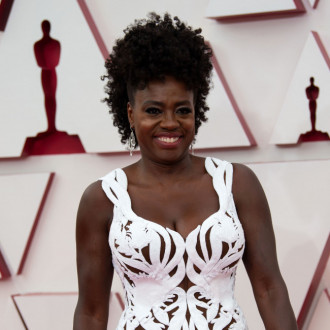