Viola Davis Has Taken To Social Media To Pay Tribute To Actress Barbara Meek After Her Death Was Reported Over The Weekend (03-04oct15). 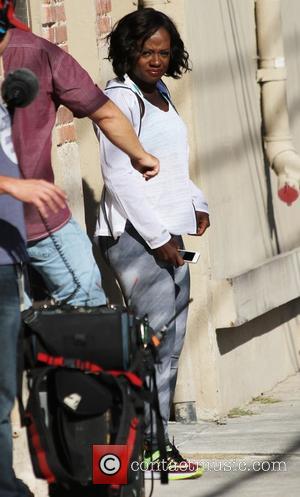 Meek's death was announced by bosses of The Trinity Repertory Company on Saturday (03Oct15). She was 81. No further details were released as WENN went to press.

Meek was best known for playing housekeeper Ellen Canby in 1980s TV sitcom Archie Bunker's Place, a spin-off of comedy show All in the Family.

She also appeared in TV series Melba, Big Brother Jake and TV movies The House of Mirth, Parole and See How She Runs. She joined the Trinity Rep in 1968 and performed in more than 100 productions.

How to Get Away With Murder actress Davis paid tribute to Meek on Twitter.com, writing, "RIP Barbara Meek... A brilliant actress, an inspiring role model and one of my first examples of excellence", while Meek's co-star Danielle Brisebois shared an on-set photograph from Archie Bunker's Place and wrote, "RIP #BarbaraMeek. It was lovely working with you on #archiebunkersplace."