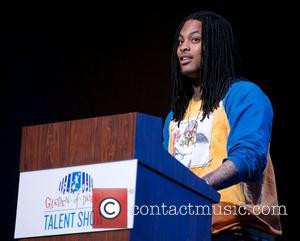 The No Hands hitmaker, real name Juaquin Malphurs, and Rivera have been engaged since last year (13) and now, according to his mother Debra Antney, the two are a married couple after tying the knot in a secret ceremony earlier this month (May14).

She tells RumorFix.com, "I was selfish. I wanted to be a part of it, (but) they got a marriage license about two weeks ago without me knowing it.

"(He) kept his word. He said that he was going to marry her and he did it on his terms. It was very cute to me. I'm happy. He's very responsible."

According to Antney, Malphurs and Rivera, who star on U.S. reality show Love & Hip Hop Atlanta together, will celebrate their nuptials at a larger ceremony for friends and family at a later date.