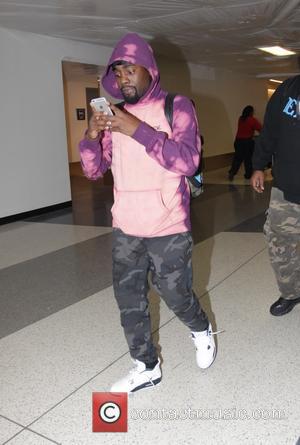 Rapper Wale is in talks with Kanye West to have the Stronger hitmaker design the new kits for his hometown Washington Wizards basketball team.

The Pretty Girls star was appointed the creative liaison for the Wizards in October (14) and he is in the process of helping to redesign team uniforms and merchandise for on and off the court.

Wale reveals he has been in touch with West to discuss the project and the superstar hasn't said no.

He tells ESPN The Magazine, "My job is to provide a spark, at all costs. I'm not going to do anything corny, but I'm talking to Kanye about designing new uniforms."

If West does sign on for the job, he won't be the only rapper to revamp the look of a basketball team - his close pal and frequent collaborator Jay Z helped to design the black and white Adidas kits for the Brooklyn Nets when they moved from New Jersey to his native New York in 2012, when he was still a minority owner. Jay Z sold his stake in the team in 2013 to set up his Roc Nation Sports management agency.