Review of Warpaint Album by Warpaint

After three years, Warpaint have returned with their second full-length album to date; the L.A. four-piece brought in super producer Flood to add his studio knowhow to the record and even managed to get the one and only Nigel Godrich involved in the album to mix. Two great coups and three years of work later and there's little wonder as to why 'Warpaint' is one of the most eagerly awaited releases of early 2014. 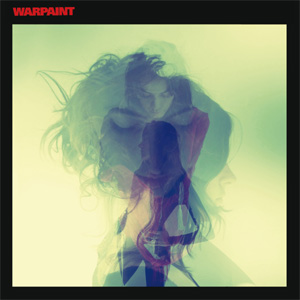 For those familiar with the band's first album, this sophomore release will come as surprise concerning just how different the band sound on record now. They've all but ditched their natural guitars, bass and drum sounds in favour of studio trickery matched with synth lines and wraithlike undercurrents. 'Warpaint' is a seriously chilled out release, yet one that struggles to ever find any kind of resonance within itself. It's all very pleasant in its hazy, effervescent world but 'Warpaint' ends up being incredibly unmemorable and can so easily just drift by without making any sort of impact or even managing to enjoy the occasional stop and listen moment. I listened to this album on loudspeaker, through headphones and just using my half-decent laptop speakers. Regardless of what medium 'Warpaint' was played through, nothing felt different; no song seemed any more worth mentioning or gave any reason to get excited. It was all a bit underwhelming, to be honest.

This dreamy Cocteau Twin-inspired indie scale that has found an ever-increasing audience and demand over recent years has been the standard for this album, yet it is only when the group stray away from their XX meets Kilo Kish aspirations that they deliver any sort of a blow.

On 'Love is To Die', led by its shimmering bassline, singer Theresa Wayman asserts herself over the shadowy guitar and dusted drums, but the uninspired chorus takes away any gains made by whatever precedes it. As she repeats "Love is to die/ Love is to not die/ Love is to dance" over and over, it all becomes so tedious so quickly; a trait shared through other parts of the album.  'Go In' is another plainly drifting number that doesn't really go anywhere and just sort of drifts into anonymity, much like the rest of the album as it so regularly wanders down vague, arid passages. The ambiance is all fine and good, but it never transports you anywhere. Flood does his bit to varnish over the edges of the band's garage-y rock template, but what we end up with is an album that has been shined and primed so much that you can see your reflection just by listening to it. Regardless of whether it was Flood or the band's artistic choice to buff 'Warpaint' into a bowling alley lane can be debated, whoever it was could have used a bit less wax to say the least.

'Disco//very' is an improvement, aided by the prominent furrows adopted for this song. It stands alone from the rest for its subtle The Rapture-like grooves, and benefits from the band's decision to actually play their instruments rather than fan them with a soft cloth. 'CC' exhibits an air of menace from the band that suits them well, although the tedium of the cyclic lyricism sullies the close.

Not one to judge a book (or album) by its cover, the stylish Chris Cunningham-captured album art can actually tell you everything you could want to know about the album before you've even listened to it. 'Warpaint' is too stylish for its own good and usually ends up wispily blending into itself. 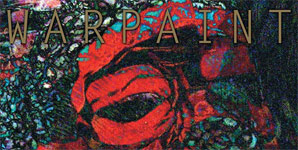