Former faux 'Phantom' mask wearing, electro leaning Liverpudlians Wave Machines are back with some seriously sublime tunage of the highest order. 'Pollen' follows up their excellent 2009 debut 'Wave If You're Really There'. As if picking up the baton of Merseyside electronic excellence, Wave Machines seem to have become the definitive successors in a lineage that can be traced back through Ladytron, Electronica, Dead Or Alive and OMD. Not that Pollen is shackled to the synth or is in any way one dimensional, it is merely an obvious development that sees them as the next part of the evolutionary process. 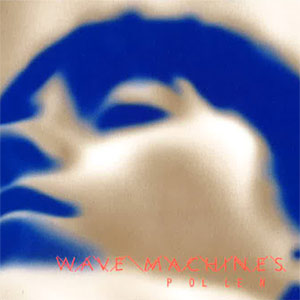 The drum machine led 'Blood Will Roll' changes the dynamic slightly as the tone is altered through a more mannered and thoughtful production. The build and break of the

score is darker in mood than any of the previous tracks as the band exhibit more of their Indie side displaying characteristics that would befit The National. 'Home' maintains the more claustrophobic vibe with a low slung pulsating loop cleverly accented by Tim Bruzon's layered falsetto vocals.

The title track 'Pollen' sees another shift in emphasis and direction with the gentlest of arrangements and deliveries. The sway of the hypnotic vocal and subtle instrumentation is more akin to balladry or folk than any synth or electronic track and wouldn't sound out of place on an Elbow album. If anything, this is where Wave Machines have made a significant breakthrough. With this track, and possibly in the decision that led to its being chosen as the title track, Wave Machines have distanced themselves from their comparable contemporaries furrowing a similar field; namely the aforementioned Metronomy, Hot Chip and Everything Everything.

'Unwound' sees a return to the machinery before the keys and soul searching of 'Walk Before I Run' paint a wonderfully dreamy soundscape of aural excellence with the faintest hint of John Lennon's 'Imagine' to be heard in the ether. Ultimately, the soft rumbling bass of the skipping and fidgety 'Gale' and then the minimalist and moody 'Sitting In A Chair, Blinking' close out the compelling set.

'Pollen' is a very fine follow up to Wave Machines' debut and is certainly an album of the month. The songs are all well written and considered pieces containing some great individual touches and plenty of artistic pop panache. The mixes and production are similarly effective, helping to define the character and sound of a completely absorbing album 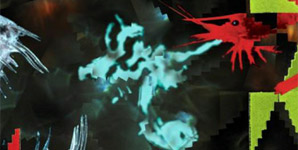 Wave Machines - Wave If You're Really There 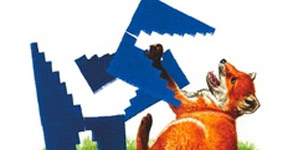 Wave Machines - The Greatest Escape We Ever Made