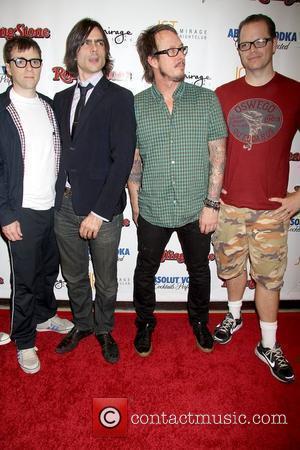 Rockers Weezer have thrilled Australian fans by announcing they are heading Down Under to play their first shows in the country in more than 15 years.
The band toured Australia in 1996 but has yet to go back, despite several fan campaigns, and now the Buddy Holly hitmakers have confirmed they will make their triumphant return in January (13).
A post on the official Weezer website reads, "They said it could never happen again, but today we say (to) thee nay! Nay, to the naysayers! Lo: Weezer is returning to tour Australia for the first time in over 15 years!
"There's been a lot of roadblocks tossed in the way over the years, but we have finally cleared the road... er, flightpaths... and are absolutely thrilled to finally return to the ancient and goodly Land of Down Under!"
Weezer will make stops in Brisbane, Melbourne, Sydney and Perth.