Creator Of Baltimore-based Police Drama The Wire David Simon And Stars Including Wendell Pierce Have Urged Citizens Of Maryland To Demonstrate Peacefully After Protests Over The Death Of A Man Who Suffered The Fatal Injuries In Police Custody Turned Violent. 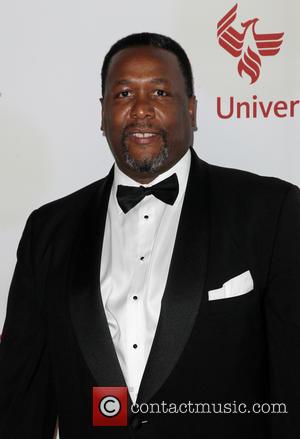 Last week (ends26Apr15), 25-year-old Freddie Gray passed away after sustaining a severed spine in Baltimore City cops' custody. It is not clear why he was arrested, and as local officials at the U.S. Department of Justice look into the case, angry members of the public have taken to the streets over the tragedy.

On Monday (27Apr15), the same day as Gray's funeral, the face-off between citizens and police escalated, as protesters set fire to cop cars, looters broke into local businesses, and officers deployed tear gas into the streets.

Col. Darryl D. DeSousa of the Baltimore Police Department tells CNN that more than two dozen protesters have been arrested, with 15 officers injured in the riots.

Up to 5,000 law enforcement officials have been called upon to help ease the violence, while 1,500 members of the National Guard have also been deployed.

Meanwhile, Governor Larry Hogan has declared a state of emergency and Mayor Stephanie Rawlings-Blake has imposed a mandatory curfew from 10pm to 5am, starting on Tuesday (28Apr15).

In the midst of the chaos, Simon, who was once a crime reporter for local newspaper Baltimore Sun, penned a plea to citizens on his website, urging them to protest peacefully.

He wrote, "The anger and the selfishness and the brutality of those claiming the right to violence in Freddie Gray's name needs to cease. Here was real power and potential in the peaceful protests that spoke in Mr. Gray's name initially, and there was real unity at his homegoing today. But this, now, in the streets, is an affront to that man's memory and a dimunition of the absolute moral lesson that underlies his unnecessary death.

"If you can't seek redress and demand reform without a brick in your hand, you risk losing this moment for all of us in Baltimore. Turn around. Go home. Please."

Pierce, who played detective Bunk Moreland in the acclaimed series, echoed his former boss' statements, and wrote on Twitter, "Baltimore. These are not protestors. These are criminals disrespectful of the wishes of the family and people of good will."

Co-star Andre Royo added, "To my Beloved city Baltimore..I feel your pain. Stand up..rise UP without breaking down! Discipline not Destruction. #VictorynotVictims... Note to self... 'You shouldn't have to hurt nobody to be somebody!'"