By Stephanie Chase in Lifestyle / Showbiz on 06 November 2016

The pregnant model slammed the talk show host in an explicit rant on Instagram.

Blac Chyna has hit back at Wendy Williams, after she discussed her relationship with Rob Kardashian during a segment on her talk show on Friday.

Taking to Instagram, the model called out Williams for saying Rob needed to ‘put some bass’ in his voice and blasted the host for involving her mother Tokyo Toni.

By Stephanie Chase in Lifestyle / Showbiz on 28 June 2016

The talk show host has plenty to say about the new showbiz couple and it wasn't very complimentary.

Everyone seems to have an opinion on Taylor Swift and Tom Hiddleston’s blossoming romance, but few are as forthright as Wendy Williams. On Monday (June 27) the host discussed their romance in detail on the ‘Hot Topics’ segment of her talk show and it seems she’s not totally convinced by their love. Taylor Swift and Tom Hiddleston’s romance has caught the attention of Wendy Williams.

"So, Taylor swift and this new boyfriend of hers, Tom Hiddleston, apparently they're getting serious,” she began. "I know. It's only been three weeks. And she's 26. That's old enough to understand—like, you don't show your feelings on your sleeve in three weeks, you know? And he's a 30-something.”

By Stephanie Chase in Lifestyle / Showbiz on 08 January 2016

The actress is an outspoken advocate for women’s rights to breastfeed wherever they want. "It's so crazy to me how the mentality is so archaic where people are just not comfortable with women breastfeeding," she said during an appearance on Huff Post Live on Wednesday.

By Hayley Avron in Lifestyle / Showbiz on 29 November 2012 Continue reading: "I'd Rather Go Naked..." Wendy Williams Does Just That, For Anti-Fur Campaign 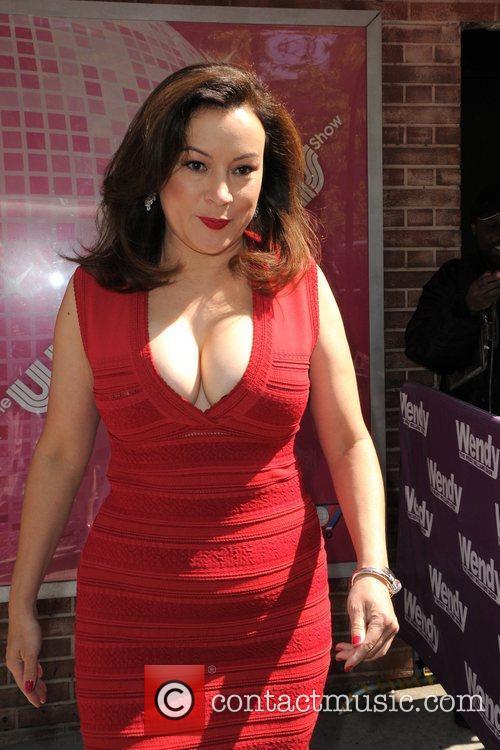 Reality TV star and business woman Kris Jenner (Keeping Up With The Kardashians) is seen leaving the Wendy Williams Show in New York. The self-proclaimed 'momager' was photographed arriving at the studios earlier in the day, where she waved to the photographers. As she left, she wound down the window of the car to wave at her fans before heading to her book signing.

Kris is currently promoting her new book; 'Kris Jenner... And All Things Kardashian', in which she chronicles her daughters' rise to fame and intimate details about her marriage to OJ Simpson's lawyer, Robert Kardashian. The book follows reports of her daughter Kim's divorce to husband Kris Humphries

Restaurateurs and TV personalities Pat and Gina Neely are seen leaving the Wendy Williams show in New York. They hug a fan and give the thumbs up to the photographers before entering the waiting car. Before they leave, Gina proclaims that they had 'a blast' appearing on the show.

Pat and Gina are known for their two popular cookery shows, Down Home with the Neely's and Road Tasted with the Neely's. Both their shows continue to receive high ratings on the Food Network

'True Blood' star Mehcad Brooks is seen leaving 'The Wendy Williams Show' in New York. The former model, who also starred in horror flick 'Creature', poses for a few photographs before heading to his car.

Before becoming an actor, Mehcad was a underwear model for Calvin Klein. His most recent film, 'Creature', was released to cinemas in the US on September 9, 2011 and has not only become the fifth lowest-grossing opening on record for a nationwide release but also become the second worst in terms of per location average, according to the website 'BoxOfficeMojo'

Wendy Williams Thursday 4th August 2011 Wendy Williams is welcomed by a large crowd as she kicks off her 'Say It Like You Mean It Summer Tour' at the Pembroke Lakes Mall Pembroke Pines, Florida 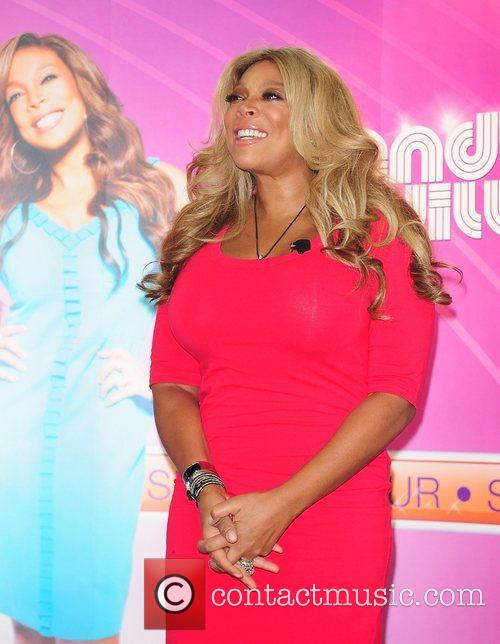 Wendy Williams, the American television personality, chatting with reporters outside Boa's Steakhouse in Beverly Hills, Los Angeles. Williams, wearing an elegant purple dress, was quizzed on the recent story about a Californian woman drugging her husband and chopping off his penis before dumping it in the garbage disposal.

Williams sympathized with the woman, saying, "When you cross a woman.all is fair". She later joked, "It was more efficient then throwing it in a field, where they could pick it up. Dispose of it the right way"

Wendy Williams Thursday 2nd December 2010 hosts her 'How To Talk To Anyone About Anything' seminar at the Hilton hotel New York City, USA 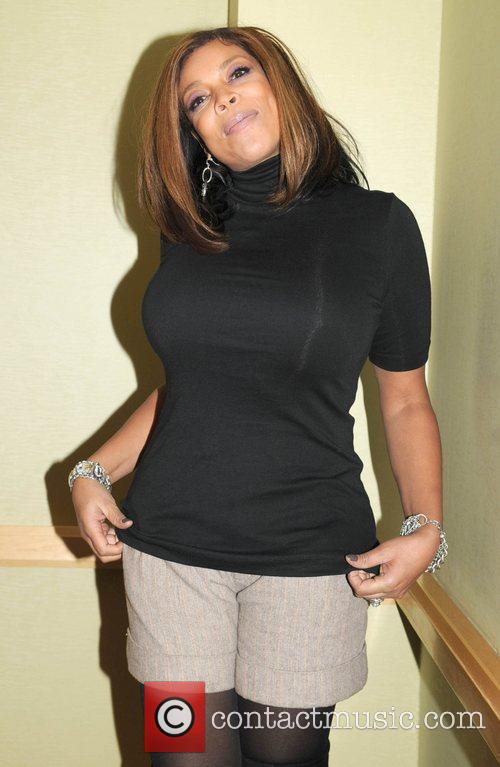 Richard Simmons and Wendy Williams Wednesday 17th November 2010 outside the studio ahead of an appearance on 'The Wendy Williams Show' New York City, USA 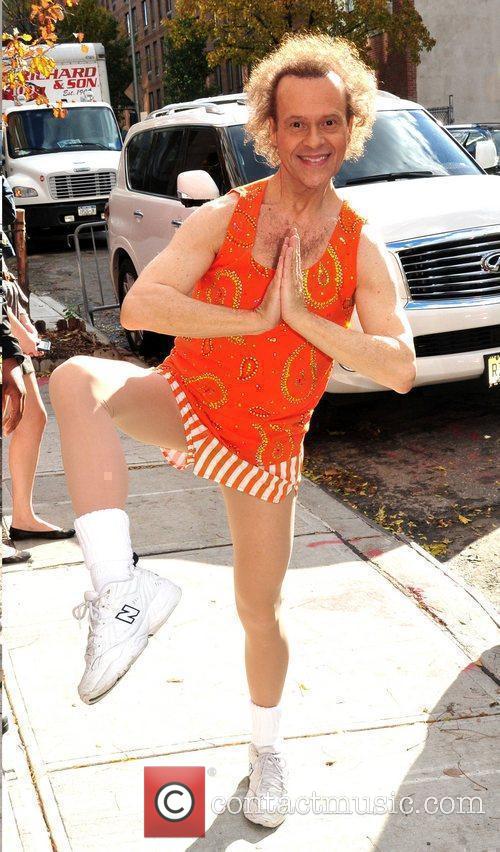 Wendy Williams Saturday 2nd August 2008 walking down Robertson Blvd with a plaster on her left knee, on her way to Kitson after having lunch at the Newsroom. Los Angeles, California 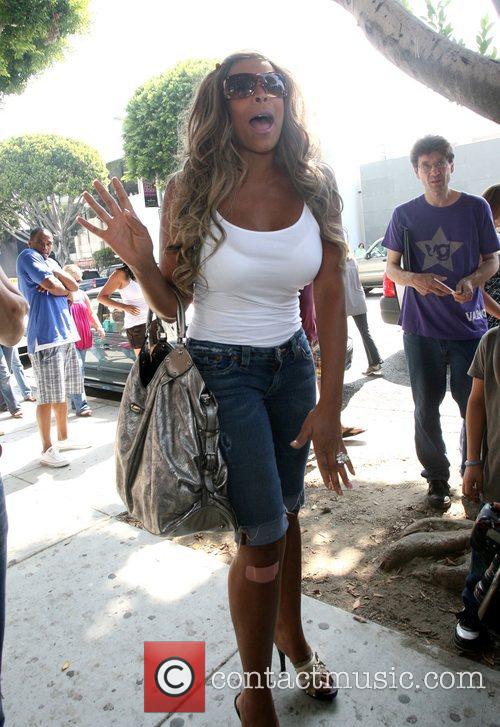 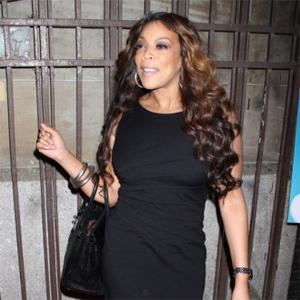