Gertrude Bell was a formidably intelligent British woman from the late 19th century whose travels through expansive deserts in the Middle East helped establish modern society in countries such as Iraq and Jordan, and importantly cast an enormous amount of respect on women everywhere. She didn't care for behaving like British society expected women to behave, and she proved that she could be just as skilled in the likes of cartography, archeology and politics and refused to be treated any differently than her male peers. Even when she was threatened and accused of being a spy, she never backed down and her resilience and care towards Arabic peoples have left their mark in history.

Continue: Queen Of The Desert Trailer

There's no denying that we're becoming ever more dependent on robots. From machines that perform one specific skill to those that have been programmed to learn and adapt their behaviour depending on human reaction.

For what he has said will be his final film, animation maestro Hayao Miyazaki tackles a controversial biopic that could just as easily have been shot in live action. It's as if he's challenging filmmakers to use their imaginations and make the best movies they can make in whatever way they can. And the result is utterly magical, transcending the touchy subject matter to tell a story about the purity of creativity.

Based on the life of aviation engineer Jiro Horikoshi, this Oscar-nominated film opens in the 1920s when young Jiro (voiced by Joseph Gordon-Levitt in the English version) decides to study aeronautics because his poor eyesight won't let him become a pilot. So he dreams of designing the perfect plane, and his inventive approach catches the attention of Mitsubishi, which assigns him to a secret military project working with Japan's allies in Nazi Germany. Meanwhile, Jiro meets Nahoko (Emily Blunt) and they fall for each other as she struggles to recover from tuberculosis and he grapples with the moral issues of designing a beautiful plane that will be used to kill people in wartime.

Clearly this isn't the kind of animated movie Hollywood would ever produce: it's packed with complex characters who don't always do the right thing, and it takes a perspective that requires sympathy with someone who could be considered a historical villain. But Miyazaki tells the story exquisitely, animating the scenes with such inventiveness that it's impossible not to get lost in the breathtaking imagery. Scenes are also packed with lively side characters, including Jiro's bulldog-like boss (Martin Short), a more grounded colleague (John Krazinski) and a suspicious foreigner (Werner Herzog) who seems to be following Jiro.

Opening on a terrified-looking man in a hospital bed, we are immediately informed that Jack Reacher is a, "kind of cop", but doesn't care about proof or the law, only what's right. From the word go, we ca see that Reacher is not a man to be trifled with.

Into The Abyss Review

By Rich Cline
Extraordinary
Herzog departs sharply from the quirky tone of his recent documentaries to offer a startlingly astute and sensitive exploration of a horrific murder case.

But more generally, he's looking at the use of the death penalty in the United States.

The only developed nation still executing its own citizens, America's history with capital punishment is baffling to Herzog, who looks into one case to try and understand the cultural mindset. After a ghastly 2001 triple murder in Texas, the 18-year-old cohorts were convicted in separate trials: Michael Perry was sentenced to death, while Jason Burkett received 40 years. Both talk extensively on camera to Herzog, who also interviews family members of the victims and locals from the town of Conroe.

Continue reading: Into The Abyss Review

By Rich Cline
Essential
What could have been a revealing but relatively dry documentary is given the usual twist by genius filmmaker Herzog, who turns a glimpse of rarely seen prehistoric cave paintings into a bravura 3D exploration of human history.

Discovered in 1994, the Chauvet caves in southern France were sealed by a landslide 20,000 years ago and contain the oldest paintings ever seen. More than 30,000 years old, they depict the wildlife of prehistoric Europe - horses, rhinos, lions, bison - with a remarkable sense of movement. And the caves themselves are pristinely beautiful, with stalactites, stalagmites and a remarkable collection of animal bones. But what was the world like back then, when Europe was under ice and our ancestors lived alongside Neanderthals?

The Chauvet caves in France were only discovered in 1994 but it's thought that the cathedral like caves hold some of the earliest cave paintings. The site is regarded as one of the most treasured prehistoric art sites in the world, on the walls you can see pictures of many animals including: horses, cattle, lions, panthers, bears and rhinos which were created by man over 32,000 years ago. 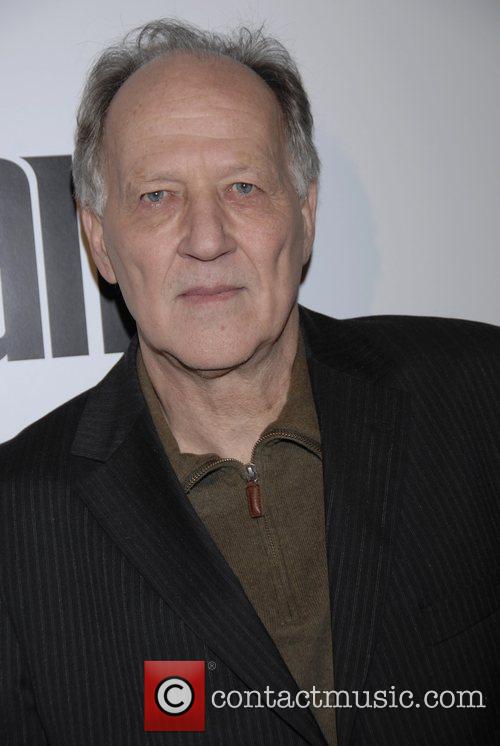 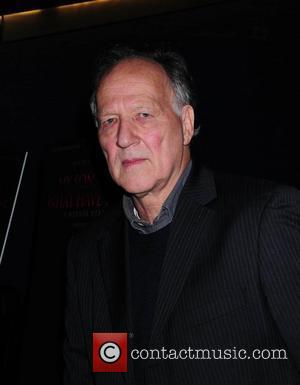 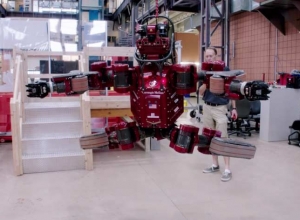 There's no denying that we're becoming ever more dependent on robots. From machines that perform...

Into the Abyss Movie Review

Herzog departs sharply from the quirky tone of his recent documentaries to offer a startlingly...

What could have been a revealing but relatively dry documentary is given the usual twist...

The Chauvet caves in France were only discovered in 1994 but it's thought that the...