Guess who the killer is... Not a resolution this detective was expecting...

Detective John Lowe (Wes Bentley) has spent the entire season hunting down the supposed Ten Commandments Killer only discover that it was himself all along. There have been more than clues dotted about Hotel Cortez, but it took a blatant statement by the ghost of Hypodermic Sally (Sarah Paulson) for the penny to finally drop. Which is just as well because he really had no more leads after Wren died in 'Flicker'.

If you're shocked by the revelation, it's worth noting that Lowe appears to have multiple personality disorder; on the one hand he is a law-respecting cop who loves his wife and children, and on the other he is a domineering maniac who has befriended the psychotic founder of the Hotel James Patrick March (Evan Peters) who has the Countess (Lady GaGa) kidnap his son Holden.

More: How did 'Hotel' begin?

This episode of 'American Horror Story' seems to have answered damn near all of our questions from the series, which only leaves us quizzical about what the final episodes of the series will bring to us. Though with titles like 'She Wants Revenge' and 'She Gets Revenge', it is hardly much of a guessing game if you've been following the show unceasingly.

The next episode will air on December 9th 2015, while the final episode of the series will hit on December 16th. 'American Horror Story' has been renewed for a sixth season set for 2016, but there's no clues on what to expect from it so far. 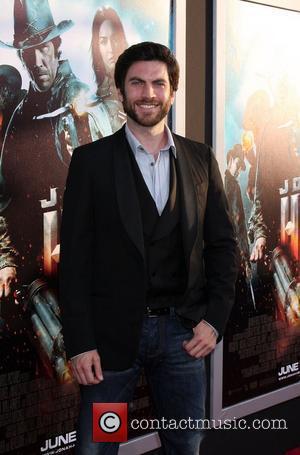