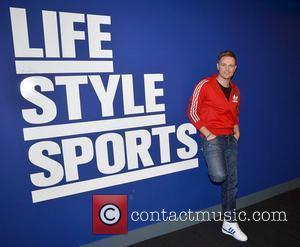 Westlife star Mark Feehily has split from his boyfriend just weeks after discussing their plans to wed in 2012.
The Irish singer was hoping to marry his partner of seven years, Kevin MCDaid, after the four-piece band completes its farewell tour in June (12).
But on Saturday (31Dec11) he announced he has split from photographer MCDaid, who he met at a charity concert in 2005.
In a post on Twitter.com, Feehily writes, "Sadly, Kevin & I are no longer together. We've had an amazin 7yrs & are both so thankful for the love & support u (sic) have shown us from the start. We won't be answering any questions about this as its (sic) a very private matter. Thanks in advance for understanding that. Lots of love, Mx."
In November (11), Feehily was quoted as saying, "We plan to get married as soon as possible but it's about finding a gap to do it. It will definitely be next year. We want to do it as soon as we possibly can, but we want it to be right as well."