Weston Cage says his son Lucian, 14 months, saved his life as he decided to quit drinking once the tot was born. 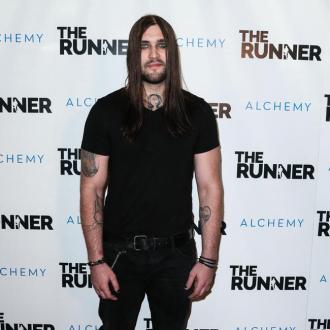 The 24-year-old actor and musician - whose parents are Nicolas Cage and Christina Fulton - previously battled an alcohol addiction but credits Lucian, 14 months, with his sobriety because he stopped drinking as soon as the baby was born.

Weston explained: ''He saved my life because as soon as I saw him I didn't want to drink anymore. It's been over one year and I have not had a drop of alcohol. It's just not worth it. And I don't miss the hangovers.''

Weston admitted to DailyMail.com that he used to drink 30 beers, a box of wine and hard spirits every day and said: ''alcohol became a nightmare''.

He added: ''You have to know what type of alcoholic you are. I was the kind that drank until I was unconscious. I knew I could not go on living that way. I knew there had to be a better life.

''It's dangerous because you can get taken advantage of, you can't protect your family when you are that out of it. I don't miss the hangovers, I don't miss the bad feelings and the bad dreams.''

And while he credits Lucian with saving his life, Weston says his second wife Danielle, Lucian's mother, put him on the path to recovery.

He explained: ''I really changed once I met her. She's beautiful and a great person. She's balanced. We met through a friend. As soon as we started talking we clicked. We became friends and then we started falling in love.''

Weston also praised his own father as a great dad and grandfather.

He said: ''He's a very understanding and positive man. He has integrity and a uniqueness in his art. He is a great father and a role model for me. We spent a lot of time together, we meet up often.

''He is a fantastic grandfather and very entertaining. He and Lucian are wonderful together.''