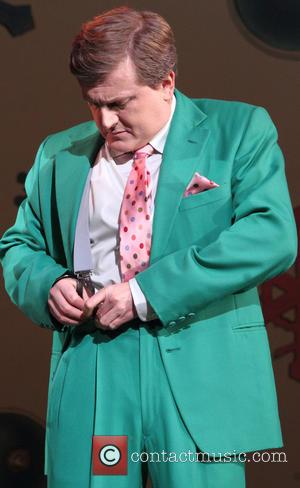 A White Christmas may have been a pleasant thing for Bing Crosby to croon about, but weather conditions over most of the U.S. and Europe during this season is threatening to force many of the usual holiday moviegoers to remain home. The dreadful weather is also being blamed in part for a sudden slowdown in holiday shopping -- bad news in particular for the merchandising units of studios that have toys and apparel associated with their films. Toy stores and department-store toy departments are reportedly flooded (no pun intended) with items connected to such films as Tron, Shrek Forever After, Megamind, Tangled, Yogi Bear, The Chronicles Of Narnia The Voyage of the Dawn Treader, Harry Potter and the Deathly Hallows Part 1, and Gulliver's Travels . BMO Capital Markets analyst Gerrick Johnson cut his forecast for holiday toy sales, saying that they had been hit by "intense snow, cold and rain." On Wednesday the box office opened somewhat weaker than expected, led by Universal's Little Fockers , which grossed $7.2 million. The last Fockers installment, 2004's Meet The Fockers , debuted on the same Wednesday with $12.2 million.