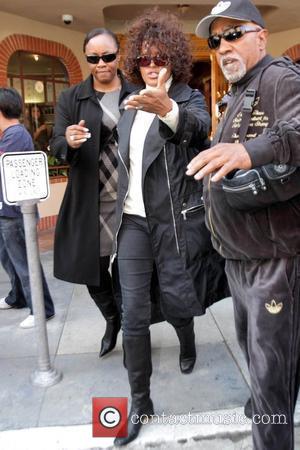 Whitney Houston and Smokey Robinson have opened up about Michael Jackson a year after his death - for a new TV tribute created by the KING OF POP's best pal, David Gest.
Gest has grilled members of the Jackson family as well as the Thriller legend's pals Robinson, Houston, Dionne Warwick and Petula Clark for his four-hour 'popumentary', The Real Michael Jackson.
The show includes an interview with Jackson's eldest sister Rebbie, who discusses the singer's alleged pill addiction, while his beloved mum Katherine pays a touching tribute to her son.
Gest explains, "I have spent the past three months travelling the world interviewing people who were most important in (Jackson's) life. I believe this popumentary will entertain and educate in equal measures about who the real Michael Jackson was. I hope this will serve as a lasting testament to the compassion and love that he had for all mankind."
The special is due for release in June (10), a year after the superstar died from a cardiac arrest last summer (09). A broadcast date has not yet been confirmed.