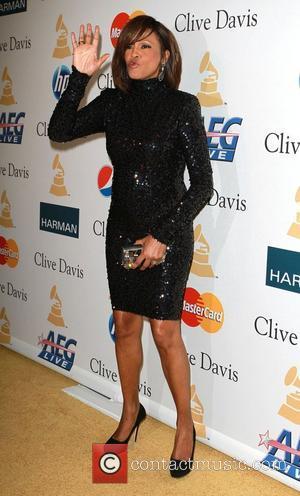 The family of Whitney Houston are making an active move to block Bobby Brown from taking a share of the late singer's lucrative estate. Whitney's mother Cissy and other family members are "aggressively" trying to stop the New Edition singer from getting closer to his 18-year-old daughter Bobbi Kristina, in fear he's trying to "line his pockets", reports Tmz.com.
According to the entertainment website, Bobby is effectively broke and he's allegedly "making a play for his daughter's affection to latch on to what could be an estate worth around $20 million". Though talk last year suggested Whitney was bankrupt, it is understood she had actually maintained a considerable level of wealth and the $20 million figure could double by the end of this year. It's worth remembering the late singer has sold over 1 million albums and singles since her death on Saturday (February 11, 2012). As previously reported, Bobby attempted to visit his daughter earlier this week after leaving his tour with New Edition, but was "shut down" by the family. Friends of the Houston family have already contacted the singer to warn him he is considered persona non grata at Whitney's funeral in Newark, New Jersey, on Saturday; however it is reported Bobby intends to turn up. The bad blood between Whitney's family and Bobby Brown has intensified since her death, with many holding onto the view that he was the driving force behind her downfall into drugs and alcohol. People in Browns' camp say he's "well aware" of the family's animosity towards him but intends to "bury the hatchet" for the sake of his daughter.
Among Whitney's many assets is a mansion in New Jersey, last listed for around $1.75 million. The 12,600 square-foot property is reportedly only being shown to potential buyers who have at least $1.5 million in liquid assets, according to ABC News. Elsewhere, Zack O'Malley of Forbes magazine has questioned the state of Whitney's finances, telling CBS News, "We know she made a boatload of money while she was alive. She earned probably a quarter of a billion dollars on recorded music alone. Whether or not she actually died broke still is kind of being sorted out".