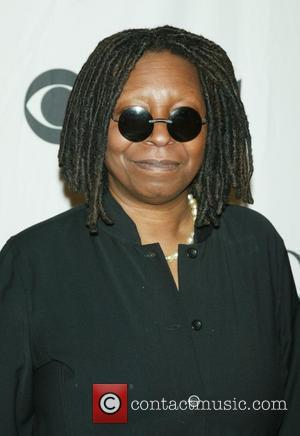 Comedienne Whoopi Goldberg has denied slamming U.S. President GEORGE W. Bush at a Democratic fundraising event in 2004 - insisting rumours are a conspiracy to tarnish her name. The Sister Act star was vilified after comparing the American leader's name to a crude term for a vagina. In the aftermath, she was dropped as a spokesperson for diet aid company Slim-Fast. But Goldberg insists the comments - which damaged her professionally - were falsified. She tells U.S. chat show host Larry King, "It hurt me professionally hugely. "And actually the truth of the matter was I didn't criticise President Bush. I came out and I made some remarks to the crowd about John Edwards, the then-vice presidential candidate, and made a comment about John Kerry, who was then the presidential candidate. And I then said that I loved Bush and that someone was giving Bush a bad name, and it was time to put Bush in his proper place. That's all I said. "And before I got off the stage, it was on the (American news agency) A.P. that I had been vulgar and nasty and horrible. "And what we subsequently discovered, was that there are groups out there when they target you, they send out emails and... they are charged to go out and target folks. They did it with Sean Penn. They did it with a lot of people. And it cost me four years of work."