After the success of the inaugural Wild Life Festival last year, it is unsurprisingly back again with a line up boasting some huge names.

Festival co-curators Rudimental and Disclosure are returning to the Brighton City Airport to headline an evening each, bringing along an army of top-class artists with them.

Mimicking the variety of 2015, the festival curators have specifically chosen a festival bill that amalgamates all genres of music, appealing to musical fans of all ages and all walks of life.

Joining the headliners will be hip hop heavyweight veterans Ice Cube and Busta Rhymes, showcasing how rap is done on the west coast, whilst Stormzy and Skepta will represent the London's rap and grime scene down on the south coast. 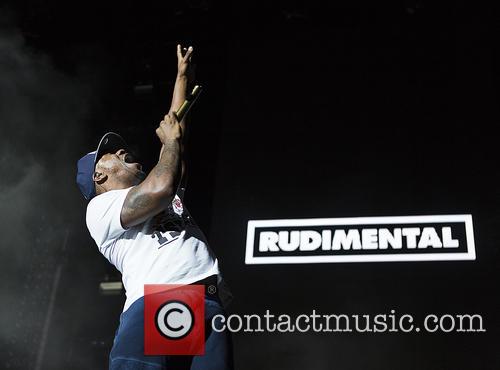 Rudimental recently opened up for Ed Sheeran at a UK show

Cube seems to have rediscovered his love of music and acting recently, after receiving Oscar nominations for Straight Outta Compton, he has been ever present in the press since, doing media trips around the UK with Kevin Hart for their new film Ride Along 2, as well hosting a rap battle between Hart and Stormzy for comical effects. After Dr Dre hinted on his Apple radio show that he and Cube might be bringing the Up and Smoke tour to Europe this year, let's just hope this is a warm up for the former N.W.A artist.

Keeping the diversity in the lineup, singer-songwriter James Bay will be on show after proving a hit on Glastonbury's iconic Pyramid Stage last year. The artist had incredible success in 2015, after his debut album Chaos and Calm went number one, he finished the year with a Grammy nomination for best new artist.

All spectrum's of electronica will be back too, as Carl Cox, Dj EZ, David Rodigan MBE and the seemingly ubiquitous Annie Mac will be on show spinning their records.  The Radio 1 disc jockey doesn't know when to say no, having just spent the weekend in Brighton playing at Patterns on the sea front. Having sold out in minutes, it portrays the empathy felt for her on the south coast.

Despite being held over the weekend of June 11th and 12th, at one point throughout the weekend, a large section of the crowd will be singing about the 21st night of September, as the Earth, Wind and Fire Experience will run through their Jazz and RnB hits. Yes true aficionados will indicate it is not the true and original line up, though like seeing Paul McCarthy sing Beatles hits, it will undoubtedly suffice.

Though with a wide range of music on display, Wild Life organisers Rudimental and Disclosure will surely be the talking point over the weekend. Having performed shuttle runs to their sister festival ParkLife in 2015, in a similar way artists do for Reading and Leeds Festivals, both groups have decided not to perform in Manchester, focusing on Wild Life instead.

Last year, both used the festival as a platform to promote their new albums. A year on, both groups will be looking to see how successful they were. Whist Disclosure's Caracal has proved a huge hit, Rudimental's We The Generation has taken a little more time to kick off.

One thing is for sure, both artists now boast an impressive collection of hits and crowd pleasers, with both respective second albums including some big featuring artists. So expect some surprise guests to appear on stage to end both evenings.