By Andy Peterson in Music Reviews on 11 March 2016

Whatever the handle, be it called dream pop or chillwave, recent fascination with the apparently disposable culture of the late twentieth century has known few boundaries since it emerged towards the end of this millennium's first decade.

Wild Nothing is Jack Tatum and vice versa: live it/they are a real band, but with Life Of Pause we get to focus on the results of a creative process involving just him, himself and him. Having taken almost four years to follow up his previous album (The well-received Nocturne) it might've been possible to hear the sound of either a new, suspicious radicalism to his work, or alternatively old ideas being stretched too thin. Instead however the Virginian has not only uncorked a fresh set of vintage inspirations, but notably upped his song writing game too.

This obsession with the infancy - and innocence - of the first digital age and it's frequently unprocessed emotions has previously captured the imagination of outfits like Foster The People, Cut Copy and Neon Indian to name but a few. Such has been the glut of material in fact that the reality for Tatum was that he needed to burrow himself into an elevated space to differentiate, one which in the  discovering he uncovered a new realm of authenticity and fresh sense of purpose. This redemption came in the form of working with Devandra Banheart producer Thom Monahan, whilst an inspirational spell in ABBA's old studio offered validation to his muse, proving one man's restlessness is sometimes better than four people's compromise.

The one-man lo-fi project that is Wild Nothing just keeps going from strength to strength. While last year's 'Nocturne' long player heralded a more beat-laden approach for Jack Tatum than the C86 inspired song structures of predecessor 'Gemini', 'Empty Estate', his first release of 2013 takes him another step further towards completing his mission of touching on every musical genre known to man. 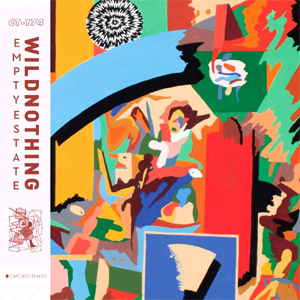 Written and recorded over a ten-day period in January of this year after Tatum spent weeks listening to Brian Eno and David Bowie in search of divine inspiration. The seven pieces of music that make up 'Empty Estate' draw from a wealth of ideas and sounds, several of which embrace new territories as those familiar with Wild Nothing's previous output will testify. Tatum admitted in a recent interview that he'd become bored with the concept of being a musician and playing the same songs live every night, which also probably explains the cross-pollination at the heart of 'Empty Estate' and its all-inclusive palette.

Whereas 'Nocturne' seemingly dealt with the inner Prince lurking inside Tatum's locker, 'Empty Estate' fulfils the notion that while most certainly being a jack of all trades, Wild Nothing's creative force is well on the way to mastering them all too. Opener 'The Body In Rainfall' might take a leaf from the How To Write Standard MOR manual as ordained by George Harrison and assorted members of Fleetwood Mac were one to exist, but on closer inspection there's a whole lot more bubbling away under the surface than just radio friendly pop born out of a 1970s fixation. "Tell me what you think of me?" asks the diminutive Tatum over a guitar that cries tears of joy rather than weeps solemnly. As a lead track one would expect the rest of the EP to follow suit in uniform-like fashion, that they don't speaks volumes for its creator.

By Dom Gourlay in Music Reviews on 04 October 2010

When you've already released arguably the best debut album of 2010 the only way is down, right? Wrong. For Jack Tatum, the creator and songwriting force behind Wild Nothing, it seems 'Gemini' was just a mere appetiser for things to come. While that record's fragile beauty recalled the halcyon days of The Field Mice or The Cure's more salient pop sojourns, the three track stop-gap EP 'Evertide', released earlier this summer, suggested he'd merely tipped the iceberg with its predecessor, having added a touch of electronica and melodic shoegaze to an already sensual melting pot of influences. 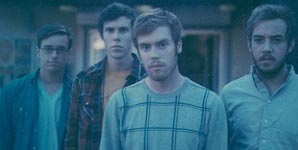