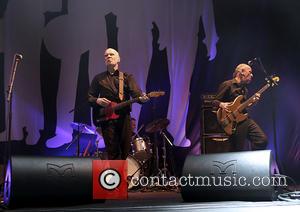 Terminally-ill rocker Wilko Johnson is set to undergo a battery of tests after baffling doctors who predicted he would be dead within 12 months of his cancer diagnosis.

The former Dr. Feelgood star was told he only had a short time to live after doctors discovered he was suffering from inoperable pancreatic cancer in January, 2013.

He refused all treatment and headed out on the road, and has been performing a number of shows and festival dates ever since.

Johnson is refusing to slow down and has signed up to appear at Britain's Glastonbury festival in June (14), and now doctors want to run another series of tests to gain some understanding into how he remains in relative good health.

He tells BBC Radio 2, "The doctors have recently become curious as to why I'm not either dead or very, very ill.