Will Arnett has found love again with Hollywood producer Erin David, who worked on his now-cancelled NBC series 'Up All Night' and whom he has been friends with for years. 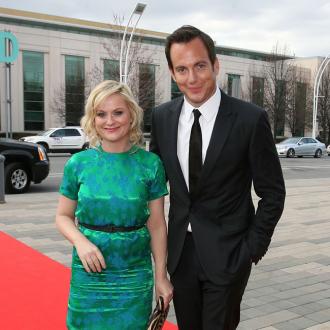 The 'Arrested Development' star, who split from actress Amy Poehler in September 2012 after nine years of marriage and shares custody of their sons, Archie, four, and Abel, two, introduced his new girlfriend, with whom he has been friends with for years, to some of his famous friends, including Courteney Cox, Jason Bateman and Isla Fisher at Jennifer Aniston and Justin Theroux's annual tree lighting party at their Bel Air home in Los Angeles on December 8.

A source told UsMagazine.com: ''Will brought her to Jen and Justin's holiday party.''

The 43-year-old funnyman met Erin on the now-cancelled NBC series 'Up All Night,' where she served as an executive producer.

Will's new romance comes months after he enjoyed a brief fling with Billy Joel's ex-wife Katie Lee, who was married to the 'Uptown Girl' hitmaker for five years until 2009.

The insider explained: ''Will and Katie Lee fizzled. He lives in LA, she lives in NYC. [Erin] produced one of the shows or a film he was in. She produced a lot of Lorne Michaels stuff.''

The actor, who was also married to 'The Artist' actress Penelope Ann Miller for a year until 1995, insisted in June that he still believed in love but was scared of dating.

Meanwhile, 'Golden Globes' co-host Amy, 41, began dating fellow comedian Nick Kroll six months after she announced that she was getting a divorce and they went public with their relationship in May.