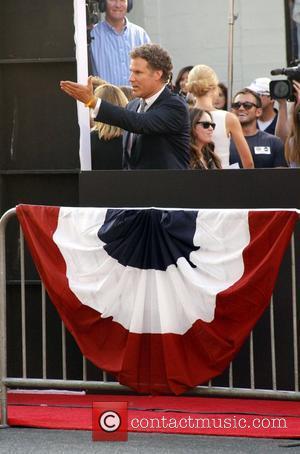 Picture: Will Ferrell Los Angeles premiere of 'The Campaign' held at The Grauman's Chinese Theatre - Outside Arrivals Los Angeles, California - 02.08.12

Kyle Smith, the politically conservative film critic for the New York Post lets loose a torrent of zingers at The Campaign , starring Will Ferrell and Zach Galifianakis, concluding with the unkindest jibe of all "Put it this way," he writes, "Jimmy Carter was funnier than this movie." He concludes "My friends, I've seen some Terrible Things. I've seen Ted Kennedy shirtless in the Senate sauna. I've seen Al Gore rust over in a light summer rain. I've seen Hillary Clinton cripple a defenseless tiger shark with a single bite. I have never seen anything as terrible as this Will Ferrell movie." Several critics make the point that the times cry out for a film offering incisive political satire, something, they say, that this film fails to provide. As Claudia Puig writes in USA Today , "Certainly a movie about a nasty political campaign is timely, but this one degenerates into predictable silliness and occasional raunch." Ann Hornaday of the Washington Post comments that the film "prefers silly, outre jokes and sight gags to a truly penetrating critique of partisan politics that has gone hopelessly off the rails." The principal problem, A.O. Scott concludes in The New York Times, is that it is "too soft and silly to be satire, too upbeat to be a cautionary tale." On the other hand, Kenneth Turan in the Los Angeles Times remarks that "this cynical and funny film hits more often than it misses." Joe Neumaier in the New York Daily News maintains that the film was never meant to be anything other than "a very funny satire that successfully calls out every moronic (and oxymoronic) part of our slogan-slinging, attack-ad-making election process." And Joe Morgenstern in the Wall Street Journal suggests that making a commercially viable political satire these days may be a fool's task. After all, he writes, "Maybe the surreal realities of the current campaign really are beyond satire, ridicule, parody or ready comprehension."