Will Ferrell reprised his role as Ron Burgundy to read a real newscast for the local viewers of Bismarck, North Dakota on Saturday (Nov 30th). 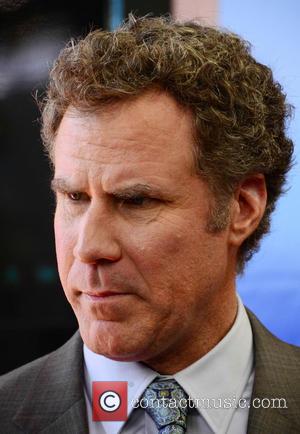 Ron Burgundy had a shot at been a real news anchor when appearing on Bismarck, North Dakota's local news on Saturday night (Nov 30th).

Not once breaking character, Will Ferrell pulled it off without a hitch and delivered a hilarious segment to the lucky local viewers what was happening in their town, even sharing some onscreen banter with his fellow news readers.

Burgundy's clowning around during the broadcast focused co-anchor Amber Schatz as he kept popping his head into her screen and partook in a fairly awkward exchange with her.

Ron said she "looked lovely" before asking is she was married, Schatz told him he wasn't, Ferrell replied, "Well I am, so don't get any ideas."

These antics were too much for Schatz as she struggled to keep a straight face while attempting to read the news. Amber told The Associated Press on Sunday (Dec 1st), "The second he said, 'Good evening, I'm Ron Burgundy,' I lost it." "It was really hard not to laugh."

The online 30-minute newscast is part of a marketing campaign to promote the upcoming movie 'Anchorman 2: The Legends Continues'. Burgundy has already featured in a number of Dodge Durango commercials, a new Ben & Jerry's ice cream flavor named "Scotchy Scotch Scotch," and was honoured by Emerson College in Boston as their college's school of communication will be renamed the 'Ron Burgundy School of Communication' for one day only.

'Anchorman 2: The Legend Continues' which is set to hit theatres on 20th December 2013.