The two stars, who fans claim strike a uncanny resemblance to one another, will go to battle on Jimmy Fallon's 'Tonight Show' on May 22nd. 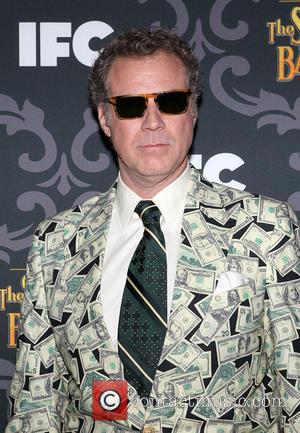 Can Will Ferrell even play the drums?

The 46 year-old actor and the drummer of the Red Hot Chilli Peppers, Chad Smith, will go head-to-head in a drum battle on Jimmy Fallon's 'Tonight Show' on May 22nd.

Ferrell is issuing a drum-off challenge to Smith to raise money for charity, and the winner will also be prized with a golden cowbell.

The 52 year-old musician, who strikes an uncanny resemblance to the 'Anchorman' actor, spoke to Rolling Stone about accepting the challenge, and what fans are likely to see.

"I'm ready to take him down," Smith added.

Ferrell chimed in with fighting words of his own, "Chad apparently has a lot of anger and issues," he said. "I don't quite come from the same place. I don't get nearly as many references to being Chad Smith as he does Will Ferrell. I'm not looking at this as much as a competition so much as a public service to the world."

Smith also confessed to making a bet with Ferrell, to which neither would want to lose!

"If I win, he has to wash my car for a month and give me pedicures," Smith said. "If I lose, I have to be his stand-in for his next film."

For any music and comedy fans, this is something that isn't to be missed.

"It's going to end in a way that will be extremely surprising to the audience," Ferrell said. "It may be something too powerful for the audience to even handle, so it may just be a one-time event. Man only went to the moon once, right? But it could become the beginning of a rivalry that will go on until the end of time."

Watch the stars respond to each other on Funny or Die Instagram: