Actor Will Ferrell Has Defended His New Movie Get Hard Amid Allegations It Contains Racist And Homophobic Jokes, Insisting The Film Is Supposed To Lampoon The Elite Classes. 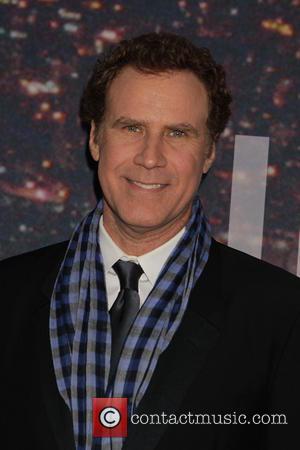 Picture: Will Ferrell - A host of stars including previous cast members were snapped as they arrived to the Rockerfeller Plaza for Saturday Night Live...

In the film, Ferrell plays a wealthy businessman who hires a black employee to help him prepare for prison life ahead of a stretch behind bars. Critics have condemned the film's theme and many of its gags as offensive.

However, Ferrell insists the jokes are only supposed to target America's wealthy upper class.

He tells Radar magazine, "With all due respect to anyone who went to Harvard (University), including our director (Etan Cohen), I was thinking, 'Harvard a**hole'. As much as my character knows about financial dealings and how to make a lot of money, he really is completely ignorant about how the rest of the world works."

Cohen defended the movie last week (ends22Mar15) after a fan at a South by Southwest (SXSW) festival screening in Texas branded the film "racist as f**k".

The director explained, "The truth was that was a really delicate balance... We wanted to think about this stuff and think about the stereotypes but not go too far where comedy doesn't deserve to go... We were making very provocative jokes, and they were not sure where we were coming from. But when they saw that the comedy was at Will's expense, it was one of the best audiences we've ever had."

Kevin Hart also appears in the film as Ferrell's employee.