Will Ferrell has admitted he wishes he and Dame Maggie Smith were ''betrothed'' but insists Helen Mirren is the most ''beloved'' actor of our time. 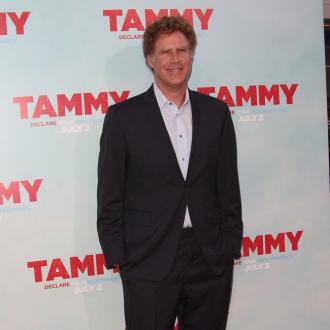 Will Ferrell has a crush on Dame Maggie Smith.

The 'Anchorman 2' star has admitted is a huge fan of the 80-year-old actress and while he in fact rates Helen Mirren as the most ''beloved'' actor of our time, the 47-year-old comedian insists he would love to be betrothed to Maggie.

When told Helen admitted she had the ''biggest crush'' on Will, he said: ''You know it. You know it, baby. You know what, I'm so flattered by that. I mean, she is our most beloved actress? Actor, period.

But Will confirmed he will not be appearing in comedy movie 'Zoolander 2', joking he declined a part in the film because his pet cockatoo Professor Feathers was not given a cameo role.

While being booed on talk show 'Conan' - on which he spent the duration of the interview with the bird on his shoulder - for saying he won't be in the motion picture, he said: ''You won't boo after you hear the reason. They wouldn't let me bring Professor Feathers.

Watch Will Ferrell's interview on 'Conan' at 1am on Monday March 30, on truTV (freeview channel 68)