Will Ferrell takes his kids onstage at Emmy awards

Will Ferrell took his children Magnus, nine, Mattias, six, and Axel, three, onstage at the Emmy awards, joking he didn't have time to find a babysitter. 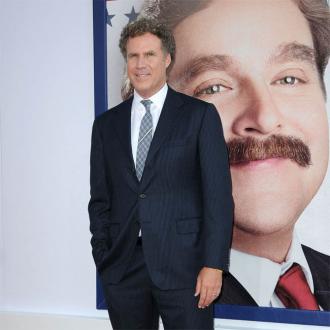 Will Ferrell took his children onstage at the Emmy awards.

The 46-year-old actor stepped out on stage with his three sons, Magnus, nine, Mattias, six, and Axel, three, to present 2013's Best Comedy and Best Drama gong at the event held in Los Angeles and joked he had brought them because he couldn't find a babysitter.

Speaking at the ceremony, he said: ''Unfortunately, Helen Mirren and Maggie Smith dropped out at the last second and they called me literally 45 minutes ago. I couldn't find childcare, okay? We had a soccer game, there was a neighbour's birthday party, a nut allergy, I didn't have time to do my hair. It doesn't matter, it's great to be here.''

However, 'The Campaign' star appeared to be flustered as he presented the two awards, which concluded the lengthy three-hour show, because his offspring continuously interrupted him while he gave his speech.

At one point, one of his boys asked to use the toilet.