Jessie J: will.i.am is a workaholic

Jessie J has revealed her fellow 'The Voice' mentor Will.i.am is addicted to work and won't be separated from his precious Blackberry. 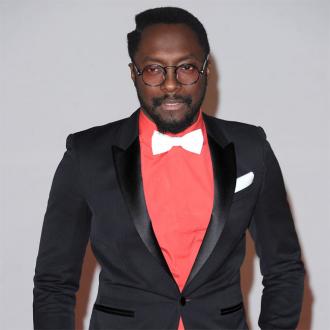 Will.i.am is a workaholic.

The tech-savvy star never takes breaks and is permanently glued to his work Blackberry, according to his fellow 'The Voice' judge Jessie J, who once persuaded him to chill out for 20 minutes - after which he went straight back to his phone.

Jessie said: ''He's on my BBM, so we always BBM each other. Will is 100 percent working all the time. And, I will not deny, I love to put on my pyjama bottoms and a hoody, watch a film, kick back and eat junk food, and I've been trying to get him to do the same.

''So, he hung out with me at the studio and took about 20 minutes out, he was saying, 'I'm enjoying myself', then he texted me, 'Thanks for having fun'. He's a great friend.''

The pair always have a laugh together on set, and Jessie admitted they had the studio audience in stitches while filming the blind auditions for the second series of the BBC singing competition.

Jessie revealed to The Hunger magazine: ''There was this moment when we were filming The Blinds when Will said, 'That was funky', and I said, 'You're not allowed to say 'f**king'. The audience were all like, 'Woo, Jessie J swore on TV!

''Sorry mum, I know you don't like it when I swear, but I was getting it out of the way before the live shows.''