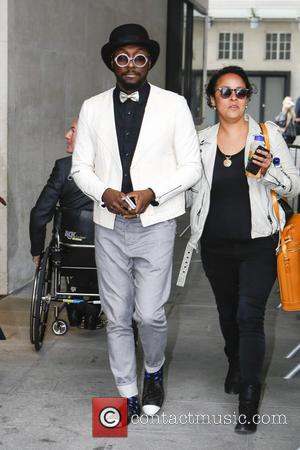 Will.i.am has been confirmed as a special guest for this summer’s Legends Of The Summer Wireless Festival finale, NME have reported. The smooth-talking musician will be joining Jay Z and Justin Timberlake at the event, which takes place between July 12 – July 14 at London’s Queen Elizabeth Olympic Park in East London. The Black Eyed Peas singer and judge of TV talent show The Voice will be appearing on the final day of the festivities.

Both Justin and Jay Z will headline individual dates, prior to the joint headline show, after collaborating on Justin Timberlake’s career return ‘Suit & Tie’ earlier in the year. Also added to the festival’s line-up will be Sub Focus (Live), Zane Lowe (DJ Set), Bluey Robinson, Drop City Yacht Club, Devlin, Taboo and Misha B. The Yahoo! Stage also features Fazer, Mikky Ekko, Taboo and A*M*E. On the final day of the show, featuring on the bill alongside Justin, Jay Z and Will.i.am will be A Tribe Called Quest, NAS, A$AP Rocky, Jessie Ware, Katy B, Magnetic Man, Rizzle Kicks, 2 Chainz and Porter Robinson.