Will.i.am Earns Tenth U.K. No.1 Single With 'It's My Birthday'

The 39 year-old music mogul has topped the U.K. music charts four times with the Black Eyed Peas, and now six times as a solo artist. 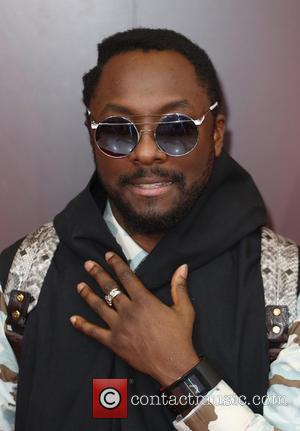 Will.i.am is dominating the music charts once again.

The US music star has just scored his tenth No.1 U.K. single with the newly released 'It's My Birthday,' which features vocals from 17 year-old US singer Cody Wise.

Just over ten years ago in 2003, Will.i.am earned his first chart topper in the U.K. with the Black Eyed Pea's hit track 'Where Is The Love.'

He would then achieve the same accolade four more times with the R&B group, which includes 2009's 'Boom Boom Pow,' 'I Gotta Feeling' and 'Meet Me Halfway,' as well as 2010's 'The Time' (Dirty Bit).

The 39 year-old has since reached the top spot five more times as a solo artist.

'The Voice' judge knocked off last week's No.1, Ariana Grande ft. Iggy Azalea with 'Problems,' who now rest in second position, while British singer Ella Henderson closely follows after falling down one spot to No.3 with 'Ghost.'

Landing in the fourth position are The Vamps, who impressive climbed 35 places with 'Somebody To You', and rounding off this week's top five is George Ezra's 'Budapest.'

Over in the Official Album Charts, Ed Sheeran's 'X' still reigns No.1 for a third straight week, and continues to be the U.K.'s biggest-selling studio set of the year so far. The record, featuring the hit track 'Sing,' has sold over 327,000 copies to date.

More: So, What's The Deal With Cheryl Cole And Will.I.Am? Below is the U.K. top ten singles, according to The Official Charts Company:

4) Somebody To You - The Vamps