will.i.am: Fergie will be amazing mum

Will.i.am thinks his former Black Eyed Peas band mate Fergie will be an ''amazing mum'' and is proud of her for taking the ''leap'' from music to motherhood. 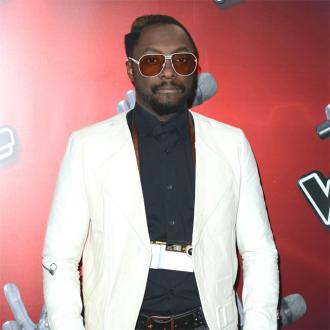 Will.i.am thinks Fergie will be an ''amazing mum''.

The 'Scream & Shout' hitmaker has praised his former Black Eyed Peas band mate for taking the ''leap'' from being a musician to starting a family with her actor husband, Josh Duhamel.

In an interview on TV show 'Chelsea Lately', he gushed: ''[I'm proud of her] for taking that leap. You know, our life... we travel, been doing crazy things, going to different countries and selling out stadiums. So to step away from that and to do a family, that's a big leap. She's going to be an amazing mum.

''I remember on our last tour, she was talking about how her and Josh want to have a family. That's a dope thing to think about.''

The 38-year-old star is also excited at the prospect of being an 'uncle', as he considers Fergie, 38, his sister.

Following gentle teasing from host Chelsea Handler about whether he fathered the 'Glamorous' singer's impending bundle of joy, he said: ''That's like incest. Fergie's my sister. I'm really proud of her. Josh Duhamel's amazing.''

Meanwhile, will.i.am is also undergoing major changes in his life as the tech-obsessed producer will soon be enrolling at university to learn computer science so he can create his own gadgets.

He explained: ''I'm going to school this September to learn computer science. I didn't go to college. Straight out of high school I had a record deal - music was my dream. So, when I was 15 till now, I've been pursuing [music] and trying to move my mum out the Projects and I accomplished that one. It's been a nice run. I'm still going to do music. Now I'm just preparing for, what am I going to be doing 20 years now?''