Will.i.am has teamed up with his Black Eyed Peas bandmate Fergie on her second studio album and claims her latest offering is ''awesome''. 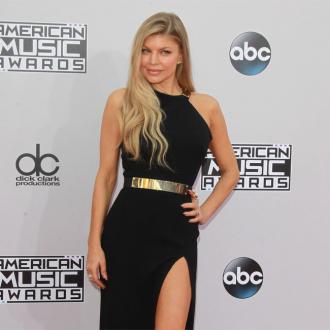 Will.i.am thinks Fergie's new album ''is going to be awesome''.

The 39-year-old rapper - who has been promoting his TV show 'The Voice' in the UK - revealed he is heading back to the US to continue working with his Black Eyed Peas bandmate on her second studio album and thinks the material is going to be better than ever.

Will - who recently announced that Black Eyed Peas are releasing a follow-up album to their 2010 offering 'The Beginning' - told Capital FM: ''Fergie is making an album too though. I get with Fergie right when I land. I think all this week I'm working with Fergie and we are finishing Fergie's stuff. Fergie's stuff is going to be awesome as well.''

Meanwhile, the 'I Gotta Feeling' group - which also includes Apl.de.ap and taboo - are planning to celebrate their new album with a tour to coincide with their 20th anniversary.

He said: ''We're all geared up and excited for the next year. We are recording now.''

The 'Where Is The Love' hitmaker previously vowed that the group would only get back together for something ''amazing'' and unique.

He said: ''We're doing some configuration as far as what do we do as the Peas next .

''[I said], 'There's this guy called David Guetta and there's like this underworld, we should do songs like that.'

''Now we have to do something that no one's thought of, so you're thinking like 'The Black Eyed Peas are what?' If it doesn't spark that conversation, then there's no point.

''I know we have to either emerge with something from the underground or do something no-one has thought of. Either it's amazing or I don't get it.''