Will.i.am Celebrates 10th UK Number One With 'It's My Birthday'

The catchy party-starter has earned Will.i.am a landmark UK hit. 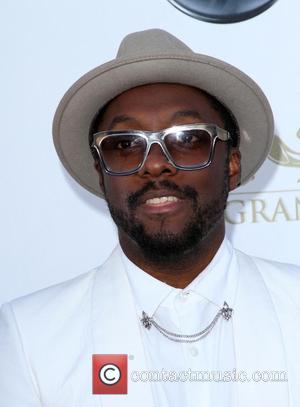 Will.i.am's actual birthday may not be until March but the rapper should be partying regardless after having earned his tenth UK number one single with 'It's My Birthday.' A cover of A.R Rahman's 'Urvashi,' the catchy party-starter has debuted at the top of the British charts, according to the Official Charts Company.

The song features 17 year-old singer Cody Wise, who is signed to Interscope records via Will.i.am's imprint. Both performers feature in the funny, vine-inspired music video which depicts hedonism and hilarity of a birthday celebration.

At the mid-week predictions last week, the duo were well on-track to claim the top spot, having sold over 42,000 copies, with just over 1% of that figure being accounted for by audio streams.

Listen to Will.i.am's 'It's My Birthday' here.

Will.i.am and Wise's track has dethroned reigning chart queens Ariana Grande and Iggy Azalea with their 'Problem,' which has dropped to number two, while Ella Henderson's 'Ghost' has also been pushed down to number three.

More: So, what's the deal with Cheryl Cole and Will.i.am?

Meanwhile, The Vamps have climbed 35 places to number four with 'Somebody To You' and 'Budapest' by George Ezra completes the top five, after dropping two places. Over in the official albums chart, Ed Sheeran has managed to maintain his number one position for a third week with his latest record x (pronounced "Multiply"). Forget Birthdays, Will.i.am Has A Landmark To Celebrate With 'It's My Birthday.'