Will.i.am wants to go on a road trip around Europe with Britain's Prince Andrew in the new Lexus NX. 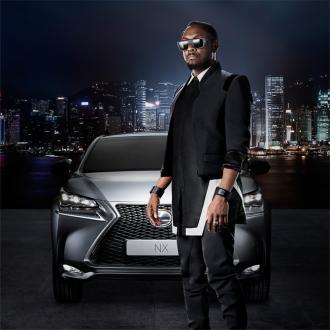 Will.i.am would like to go on a road trip with Britain's Prince Andrew.

The Black Eyed Peas singer would love for the 54-year-old royal - the third child of Queen Elizabeth and Prince Philip - to join him on a journey around Europe.

He said: ''I would like to roll around with Prince Andrew.''

The 39-year-old hunk has already planned where he and Andrew - who has daughters Princess Beatrice, 25, and Princess Eugenie, 24 with his ex-wife Sarah Ferguson - would visit on their long travels.

He explained: ''I would start it in Germany, and travel on the autobahn, then I would like to travel through the South of France and go up the coast and then go to Spain, to Barcelona.

''Then make my way from Barcelona, five hours to Madrid, and then I would like to travel through Switzerland, to Montreux, a jazz festival. Or I'd like to go to Monaco, to Saint Tropez to Cannes. That'd be nice.''

will.i.am is working with Lexus as part of its Striking Angles campaign to launch the new Lexus NX.