Three nights before the end of his current tour Will Varley returned to his home town of Deal to delight a sold out crowd in The Astor Theatre. Ahead of Portsmouth, Cardiff and ultimately London's 600 capacity Lafayette, Varley was clearly in his element and enjoying being back on stage where he had so longed to be for the last couple of years. Commenting that he'd been "staring out of the same window for two years waiting for this moment", Will thanked his many fans as he expressed his genuine gratitude. 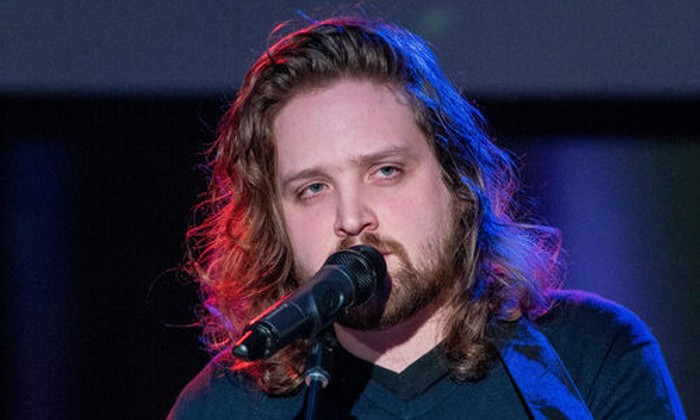 Brighton's Jack Valero, son of Billy Bragg and former RPM's lead singer and guitarist, was on stage first. "I bet you're thinking, wait a minute, Will Varley's shrunk" he said as he greeted the Astor audience. "The last time I was in Deal I was at The Lighthouse [Pub], I remember someone called the 'Beer Monster', is he here tonight?"...."no, he moved to London" came the reply from the crowd. "Ah, that would have made my night" said Jack. The Astor may not have been blessed by the 'Beer Monster' but it was his loss.

Jack, now going it alone, charmed the crowd with his folk infused songs, and his charismatic demeanour. In between telling tour tales about traipsing around Sheffield to find Will a proper Guinness, and being accused of being a Fulham fan because of his accent, Jack played a great support slot. 'Eggshells and Anxiety' kicked off the night before Valero treated the seaside town to a stirring rendition of his new, post lockdown inspired, single - 'Heaven Help Me', a lively 'Home Coming Time' and finally, before offering a "chat, or life affirming hug", his "happiest song" - 'This Is A Nightmare'.

There was not a spare seat in the house as Will Varley took to the historic stage of Deal's Astor Theatre where he had arrived only moments before. A thoroughly captivated crowd saw Varley play some old favourites, a hand full of songs from his last album and a couple of new tracks to boot. Varley looked every bit the headline act as he opened up his set with the opening track from his last album - 'Somers Town'.

Varely has only grown in confidence over the years and he sounded more assured and confident than ever as he began his well balanced set. As he sang out the opening lines to 'Colour TV' - "I'm heading for the station to catch me a train, I heard about a place between the wind and the rain", there was not one person that wasn't transfixed by his performance. The acoustics of the Astor Theatre coupled with the sound engineer's deftly set levels and Will's gently rasping vocals were sublime. Varley could not have sounded better throughout the night.

Once Will had drawn the crowd in with a few relatively new tracks he brought the first spontaneous round of applause with his next - 'Weddings and Wars'.  'Blood and Bone', a story "Set in South Africa", and taken from the same 2013 album - 'As The Crow Flies', brought a similarly enthusiastic response from the Kent crowd.

It is Varley's extraordinary gift of story telling that helps to define his music and the evening was full of stories, both contained within the lyrics of his songs and the spaces in between. Will's tragic tale of a 19 year old trying to find a new home in England by stowing away in the undercarriage of a plane was one of the highlights of the night. 'The Man Who Fell To Earth', "which takes place in seconds above the skies of London", is another true story that Will had read in a paper and one that never fails to resonate.

Varley, now a Dad, and very much a seasoned performer, kept the balance between the light hearted and the serious superbly. Asking the audience if he could share a new song with them, he said, "I wrote this song for my daughter who's four", he paused, and continued with the timing of a true comic, "she actually wanted a bike...it's a very cheerful song, it's called 'End Times'. You could hear a pin drop as Varley slowly built the song to a rousing finale as he sang out - "She did not ask for your plastic oceans, she did not ask for machines in her mind. There will be no place to buy more time when the wells run dry. She did not ask for your war". Varley's youngster may or may not have got her bike but she has something that will last and endure for far longer in 'End Times'.

Varley brought the evening to a riveting conclusion as he segued 'From Halcyon' into 'Seize The Night' before playing out an impassioned take on 'Love In The New World' and finally returning for his fan favourite encore - 'King For A King'. "Let's Not Grow Up" Will said as he signed off to rapturous applause from the Deal crowd. A great evening and a triumphant home coming gig.

Will Varley - As The Crow Flies Album Review

Will Varley - King For A King