A British record producer has defended Britney Spears after a recording of her singing 'Alien' without auto-tune was leaked online.

There's a reason why everything Britney Spears has ever done has been autotuned, she simply isn't the greatest vocalist,as least not on her leaked 'Alien' studio recording. It's not being unkind, it's just true. But this is something we've known for years: yes Spears is pretty, yes she can dance, but it appears she can't sing terribly well. Britney Spears' studio recording was leaked online and it didn't go down well.

Black, White And Neon Britney Jean Cover Art Meant To Show Off Another Side Of The Pop Princess

By Victoria Pavlova in Music / Festivals on 27 October 2013

This week marks a special event in music – Britney Spears, queen of pop, has unveiled the cover art for her seventh studio album, Britney Jean. It seems that Britney meant for this one to be more personal than any of her previous work, and so the cover is fairly simple – a black and white picture of Brit herself, with the title spelled in blue and pink neon – perhaps a reference to her Vegas connection and upcoming residency?

A personal letter from me 2 u http://t.co/QeImnjcxuL & the cover 4 my most personal album ever #BritneyJeanAlbumCover pic.twitter.com/qAKDWpXBLA

Continue reading: Black, White And Neon Britney Jean Cover Art Meant To Show Off Another Side Of The Pop Princess

'All Eyes' are on Britney Spears' newly unveiled countdown clock. But what is the clock counting down to in 27 days and 20 hours' time?

A countdown timer has appeared on pop star Britney Spears' website that is counting down the days, hours and seconds to 9.30am (ET) on 17th September. The words "All Eyes On Me" caption the timer, provoking speculation that this could be the name of a new single or her greatly anticipated eighth studio album since 2011's Femme Fatale. What Could 'All Eyes On Me' Be?

Britney has released material this year already, as part of other projects. She collaborated with Will.i.am on top 5 hit, 'Scream and Shout,' and sang the soundtrack 'Ooh La La' for The Smurfs 2 movie. According to Billboard, the 'Toxic' singer confirmed earlier this month that her new record would bear a heavy influence from Will.i.am and would have "a lot of guitar." The Black Eyed Peas singer and producer tweeted his excitement for Britney's new songs, writing "The song @britneyspears did with #williamORBIT is fabulous and out of this world... #THEbritneyARMYwillBEproud." 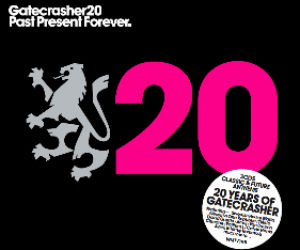 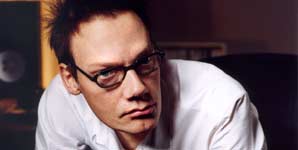 We caught up with Grammy winner, William Orbit at his favorite London hotel - to talk about his vibrant career and his new album Hello Waveforms. 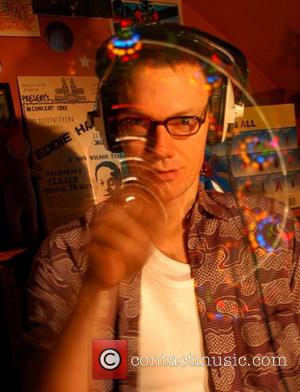