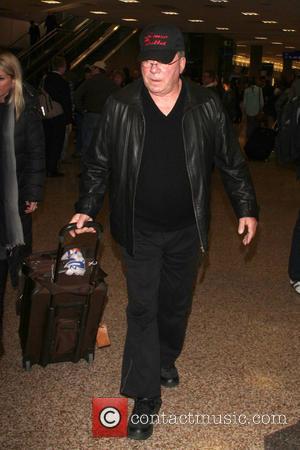 William Shatner is giving fans the chance to buy memorabilia from this year's (13) Academy Awards in a new online charity auction.

The actor was a surprise guest during the Hollywood ceremony, appearing as his Star Trek character James T. Kirk to warn host Seth MACFarlane to tone down his risque jokes.

Shatner has decided to sell off his used tickets to the event, a backstage pass and an Oscars hooded sweater and cap to raise funds for his Hollywood Charity Horse Show event, which benefits children's charities.

In a post on his Twitter.com page, he writes, "I've put the auction for my hat & hoodie on the front page of my website. I'm also putting up my Oscar tickets and signed backstage badge from the Oscars up. 100 per cent goes to my Horse Show Charity."