William Shatner is 'open' to appearing in Star Trek 3

William Shatner has refused to rule out the possibility of starring in the next film in the 'Star Trek' franchise. 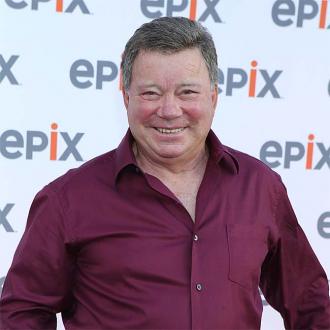 William Shatner is ''open to the idea'' of appearing in 'Star Trek 3'.

The 83-year-old actor found international fame playing the role of Captain James Kirk in the TV series of the sci-fi franchise in the 1960s, and has recently been linked to a role in director JJ Abrams's next 'Star Trek' movie.

Asked whether he would like to reprise the iconic role, Shatner told the Metro newspaper: ''It depends how it would be written and how they'd do it. But I'm open to the idea.''

Shatner is a fan of the two 'Star Trek' films JJ Abrmas has directed, saying he's ''enjoyed them very much''.

Quizzed on what it's like seeing Chris Pine, 34, playing the role of Captain Kirk, he explained: ''It was like seeing your mortality.

''Here comes a young, handsome and talented guy playing what I was playing years ago. It makes you realise time is passing - if I needed reminding, which I don't.''

Shatner is set to appear at a 'Star Trek' convention at London's ExCel Centre this weekend, and he says it's something he's really looking forward to.

He remarked: ''I've discovered I feel renewed from having the contact with the fans.

''Standing in front of a lot of people and making them laugh and informing them and doing essentially an hour-long ad-lib show and getting the approbation at the end of it is terrific.''