William Shatner has revealed he is never likely to return to play Captain James T. Kirk in the rebooted 'Star Trek' franchise. 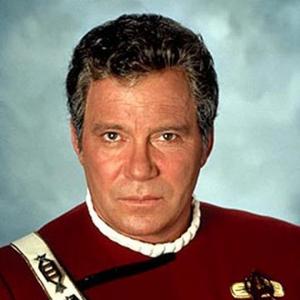 William Shatner does not think he will return to the 'Star Trek' franchise.

The 79-year-old actor - who portrayed Captain James T. Kirk in the original series of the sci-fi show - admits it is unlikely he will be able to appear in the second instalment of the rebooted movie series, directed by J. J. Abrams, because he is too old.

He said: "I've become a buddy of J. J., but I don't know if they can solve the problem of how you put the body I'm in now with the Kirk that we remember from 40 years ago."

The legendary star also confesses he did see the first instalment of the movie, which took $385 million at the international box office, and praised Chris Pine's portrayal of Captain Kirk.

He told Collider.com: "I appreciated his performance. I didn't see what some people have written about, but I'm not that observant."

The second 'Star Trek' movie, which will star Chris Pine, Zachary Quinto and Zoe Saldana, is due for release in 2012.