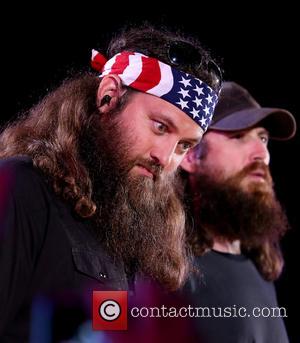 Willie Robertson, who is a star in A&E's reality television show 'Duck Dynasty', is going to attend President Obama's State of Union address.

The 41 year-old will be headed to the nation's capital on Tuesday night (Jan 28th) after he was formerly invited by newly elected Louisiana Rep. Vance McAllister.

McAllister's invite is to act as a thank you to the CEO of the family's Duck Commander company, and his father Phil Robertson, for endorsing him last November and helping him win a special election.

Willie appeared in a television commercial that urged voters to support Vance, he stated, "send somebody from the 5th District who speaks for us to help turn Washington around."

"I am proud to have my close friend, constituent and small business owner, Willie Robertson, attend tonight's State of the Union Address as my special guest," McAllister said in a statement about his choosing Mr Robertson as his guest for his first State of the Union.

Adding, "Willie is thankful for this opportunity and honored to attend. I look forward to the two of us representing the Fifth District in DC this evening and bringing some diversity to our nation's capitol."

The family's patriarch, Phil Robertson, was recently surrounded by controversy after he made several anti-gay remarks in a GQ magazine interview, comparing homosexuals to bestiality and expressed that he felt being gay was a sin.

This prompted A&E to suspend the 67 year-old from the show, but as the rest of the Robertson family contemplated walking away from the series, the television network quickly lifted Phil's suspension. Willie Robertson with his brother, Jase, who also stars on 'Duck Dynasty'