The Hunger Games Comes Out On Top At Mtv Fandom Awards

Loyal Followers Of The Hunger Games Helped Franchise Bosses Pick Up The Fandom Of The Year Prize At The Mtv Fandom Awards Last Week (Ends12jul15). 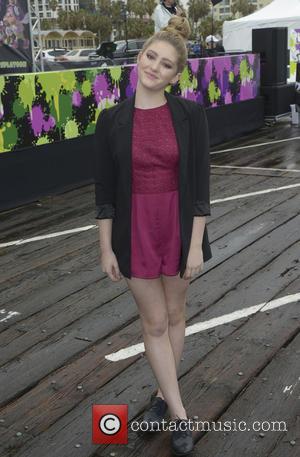 The odds were in the favour of the blockbuster films, which beat out the likes of Orange Is the New Black, Teen Wolf, and Keeping Up with the Kardashians in the fan-voted awards.

Star Willow Shields was on hand to accept the trophy at the Petco Park baseball stadium as part of the annual Comic-Con festival in San Diego, California on Thursday (09Jul15).

Earlier in the day, she joined her The Hunger Games: Mockingjay - Part 2 co-stars Jennifer Lawrence, Josh Hutcherson and Liam Hemsworth for a Comic-Con panel, which became one of the most-talked about events at the convention.

Other winners included Twilight for Best Fandom Forever, Fifth Harmony's Harmonizers for Fandom Army of the Year, Jurassic World for Best Revival Fandom of the Year and Arrow stars Stephen Amell and Emily Bett Rickards for 'Ship of the Year (Favourite onscreen relationship).

The ceremony, hosted by actors Tyler Posey and Bella Thorne, also featured performances from All Time Low and Flo Rida.

The Hunger Games Comes Out On Top At Mtv Fandom Awards