Demi Lovato Is Encouraging Her Fans To Embrace Their Curves By Sharing Her Own Revealing Photos On Instagram.com. 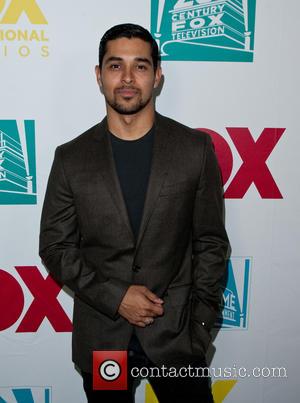 The Cool For The Summer singer, who has been open about her body image issues and eating disorders in the past, has come to accept her body in recent years, and on Saturday (11Jul15), she shared sexy snaps of herself on the website.

In one picture, Lovato is seen lying down and holding a leg to show off her long limbs, alongside the caption, "Learn to lurrrrrvveee yerrrrr (sic) currrrrvveees! I actually used to hate them...but then a special someone helped me learn how to love them...and he sure loves them....#squats," seemingly referring to longtime boyfriend, actor Wilmer Valderrama.

In another shot, Lovato is seen being carried by a male friend while wearing a revealing black bra and shorts. The caption states, "When you're too #CoolForTheSummer #thickthighs #curves."

Lovato, 22, has previously credited her actor beau for helping her get through her personal struggles and inspiring her to maintain a healthy body image.

She told Fitness magazine last year (14), "I almost went back to rehab for my eating disorder last summer. I was obsessing over food and terrified of it at the same time. Wilmer noticed and called me out on it, which was a relief."