Actor Wilmer Valderrama Is "Down To" Wed His Longtime Girlfriend Demi Lovato As Soon As Marriage Fits Into The Couple's Future. 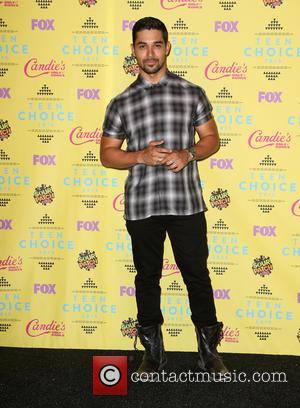 The Latino star was thrilled when Lovato recently revealed she'd definitely say yes if he asked for her hand, but he feels the time is not yet right to propose.

He tells news show Extra, "She’s writing the future. I really think she’s someone... that I hope... that it (marriage) fits in our future. I mean, I’d be more than down (to marry her). I love her so much."

Valderrama and the singer have been dating on and off since 2009 and he was there for her when she entered rehab for emotional and self-abuse issues - and the actor insists the dark times have made them stronger as a couple.

He adds, "We’ve been in each other’s lives for many years. I was very blessed and fortunate. I was there at the right time and the right place to love her when she needed me... We’ve gotten through a lot of stuff, and the journey’s been long and a personal one to both of us."

And now the couple is working together on Valderrama's TV hit From Dusk Til Dawn after series creator Robert Rodriguez came up with a character just for Demi - and her boyfriend admits they had a blast spending so much time together.

Meanwhile, Lovato, who turns 23 on Thursday (20Aug15), told E! News on Tuesday (18Aug15) that while she would not hesitate to accept a proposal from her beau, she's in no hurry to walk down the aisle.

She said, "I was planning my wedding when I was like 10! Every girl does that... I'm literally turning 23 this week. There's no rush. We've been together so long that there's no rush."