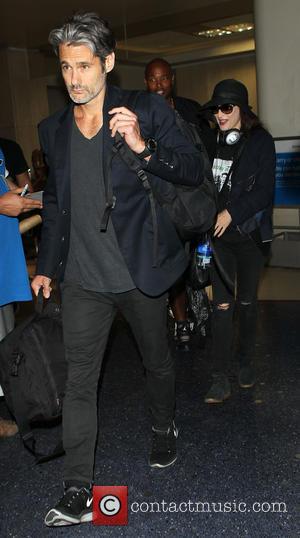 Ryder is believed to have been included in the latest group of celebrities whose explicit photos were stolen from cloud storage accounts and posted online on Sunday (05Sep14).

Other stars targeted in the latest batch of leaked photos are rumoured to include Victoria's Secret model Erin Heatherton, singer Ingrid Michaelson and actress AnnaLynne MCCord.

Wrestler Hulk Hogan's son, Nick, was also believed to have been included in the leak, but he has branded the snaps fake.

Agents at America's Federal Bureau of Investigation (Fbi) have been investigating since the first leak back in August (14). Other stars affected include Jennifer Lawrence, Kirsten Dunst, Scarlett Johansson, Kim Kardashian and Rihanna.

Lawyers acting for a number of the female hacking victims have threatened to sue Google bosses for $100 million (£62.5 million) over claims they have not done enough to remove the images from the Internet.